Thank you for your patience while we retrieve your images.

13 photos
The Torpedo Factory had its own photo show within the 2012 FotoWeek DC. It was curated by Brooks Jensen, the author and publisher of the "Lenswork" magazine and a well known and highly respected authority in the field of fine art photography. The 28 "official" photographers of the TF were each invited to submit three pieces of fine art for the "Invitational Exhibit" to be held in November 2012.

Having crossed some of the borders of fine art photography before, I was in a kind of "experimental mood" and definitely wanted to submit something new for the show. Instead of picking the safe bet and choosing pictures that had already been published before, I decided to portrait the Rockville Pike for the sole purpose of making it into the show.

"The Pike", as local residents call it, is a pretty ugly, noisy, often congested traffic backbone in Rockville, Maryland. During the boom decades it has emerged into a somewhat arbitrary mix of retails stores, strip malls and office buildings, and for many, it is not only a location to shop and dine, but also a place to avoid and to stay away from, if possible.

I wanted to capture this somewhat ambivalent mood into the pictures and shot the project on a single day. Since the Pike is too long for walking and too busy for driving, I chose to explore it by bike. To foster a consistent look and to challenge my own creativity, I imposed some "artistic restrictions" on the work: 24 mm focal length equivalent, mandatory linear perspective and use of Olympus' black & white "dramatic tone filter". 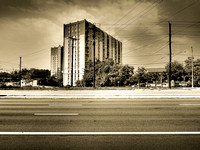 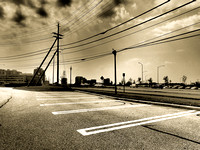 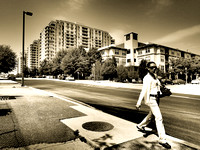 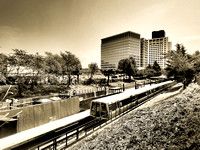 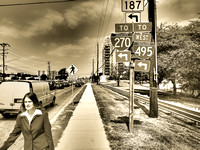 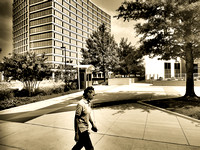 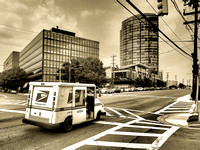 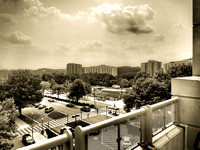 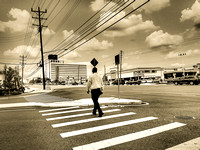 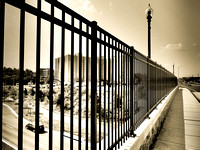 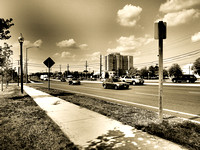